National Day of Action on Gas

The Federal Government continues to promote a 'gas led recovery' from the COVID recession.  This is a disastrous policy, which ignores climate science and the views of most Australians.  According to the 2020 Climate of the Nation survey, only 12% of Australians prefer a recovery powered by gas, with 59% preferring investment in renewables.

Two groups of Kooyong residents took part in the National Day of Action against Gas on 28 November, one gathering at the electorate office of the Treasurer Josh Frydenberg, and the other at the Glenferrie Road shopping centre.  The message was clear: no public funding for gas, and more government support for renewables and a sustainable future.

Months of work by teams led by Lynn, Tam, Julia and Alex have led to the culmination of phase one of the Boroondara Climate Declaration Petition with over 3900 signatures presented to Council. Boroondara should nearly join 1500 jurisdictions world wide in declaring a climate emergency and starting work on an effective climate action plan.

We would be able to secure better protection against escalating climate health impacts, reduce the risk to ratepayer funds, improve our green spaces and support the rollout of solar (and jobs) across the whole municipality.

Check out this update from Alex Currell from the Climate Emergency Declaration Working Group:

From Sep 20 to May 15, supporting school strikers then and now

On 20th September, after months of events, handing out leaflets our hearts rose when there were so many people in Treasury Garden that even on a ladder you could barely see to the edge. The front of the march arrived back before tail end started. The Hun offered this: "hailed as bigger than the AFL Grand Final, with an estimated 150,000 people joining the student-led protest" - 350,000 nationally, and pro-rata, a good part of 6-7 million people hitting the streets round the world.

This January we were just gearing up for strategy meetings and discussion once the autumn date would be announced. This was going to be even bigger, unstoppable.

But not so long after May 15th was announced and organising material put up, Covid loomed over our immediate future, locking us down. Greta told us to stay at home to stay safe - school strikes were moved online. Greta announced a series of weekly webinars titled “Talks For Future.” Activist and author Naomi Klein was among the first speakers. 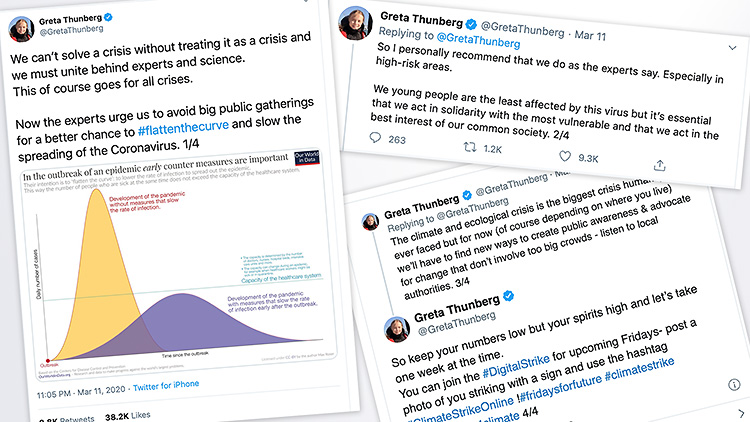 This is just the beginning of the climate movement's challenge to adapt, and not lose the race to a fossil lobbying "frenzy" and disaster capitalism in the recovery phase.

Let's celebrate our hard work last year and do some brainstorming about possible new tactics.

Local climate action really matters. Councils are at the coal face (whoops) of a massive amount of emissions reduction - and the upside of better policies includes not only masses of local jobs, but better protection for residents.

It’s time to put our support behind the clean energy transition and climate action.
Your voice matters.


If you want your opinion to be counted in formulating the next climate plan you can, it’s as simple as contacting the Council!

Send a one line email so you will be put on the consultation list - our easy sample email will do the trick.

As one of the last possible gatherings of the climate movement in 2020, February's National Climate Emergency Summit was particularly memorable. Grossly overbooked (needing a new overflow venue as well as livestream overflow), the Summit brought together leaders from many sectors. The NCES created momentum and forged new pathways to rapidly escalate climate action throughout Australia.

When you have leaders like Carmel Lawrence, Zali Stegall, Clover Moore and Peter Garrett amplifying the messages from science trumpeted out by international heavyweight Michael Mann (who could forget his notable presentation to US Congress on the emerging climate threat in 1988), local government Climate Emergency Declaration collaborating as did the school strikers, all informed by sector heads from emergency services, defence, social services and environmental groups, you blend together a powerful force for change.

Annie Nihill wants to change the conversation about climate change

Annie Nihill from Surrey Hills is angry that politicians have been having the same conversations about climate change for 10 years.  To do something about it, she volunteered for Kooyong Votes Climate.

“It really annoys me that elected members deliberately frame the conversation about climate change in a way that does not make facts accessible and keeps people uninformed.  I think politicians need to treat voters like they are intelligent people and to stop playing down how dire things are with the climate emergency for political gain.”

Annie, who is 27, grew up in Nathalia, a small country town 43km north east of Shepparton and moved to Melbourne nine years ago to study Health Sciences and Arts at Deakin University.

After volunteering to help with door knocking, she now takes the minutes for Kooyong Votes Climate meetings and helps with social media but says door knocking is by far the most challenging and rewarding activity.

“With doorknocking, there are always some disheartening responses, but I’ve had lots of really good conversations. My small-town perspective is that regardless of whether people want to chat or not, it is nice to be reminded that you are part of a bigger community and we can look out for each other and achieve something together.”

Roger Class has voted for the same political party all his life.
But this election, the 69-year-old is voting for the candidate he feels has the best policies to tackle climate change.

“Even though I’ve stuck with the same party for years, I’ve always carefully looked at the candidates and issues. I’m changing my vote because I want to feel I’ve done my bit to help ensure future generations inherit a world in better shape than if we don’t act.”

The retired psychiatrist, who has lived in Hawthorn since 1985, spends his time competing and coaching in masters athletics, travelling to remote parts of Australia, bird watching and studying nature. He has always observed how humans are impacting the environment.

During his childhood in Morwell, in the La Trobe valley, Roger remembers his mother had to check which way the wind was blowing before she hung the washing out. If the wind was blowing from the briquette factory, then the clothes would get covered in soot. But if you could smell the awful pungent smell of the Australian Paper Mills, that meant the wind was blowing in the opposite direction and it was ok to hang your clothes out.

These days, he is concerned about the effect the rise in green-house gas emissions is having on the earth and wants to see a move to climate policy based on what he calls “good, solid, science.”

Retired concert pianist Liz Glab has turned herself into a walking billboard. “I don’t leave the house without my Kooyong Votes Climate t-shirt,” she says, “and I take any and every opportunity to engage with people on the street, in shops or on public transport.”

The 64-year-old, who has an MBA, is deeply concerned about the lack of action on climate change and is doing everything she can to encourage people to vote for the climate this election.

“We are facing a possible sixth massive extinction on earth and I’m worried about the irreversible nature of what I call the Climate Emergency. There are many issues in our society, but this is all encompassing.”

Liz is one of an army of volunteers who are distributing the Kooyong Votes Climate Candidate Scorecard to voters. The scorecard is a non-partisan, objective summary that highlights where each candidate stands on a range of important climate initiatives such as evidence-based policy and strong clean energy targets.

Well over 150 Kooyong locals and supporters crowded onto Burke Rd outside Minister Frydenberg's offices at yet another spectacular Frydo Friday protest. Banners, speakers, a choir.. and 4 Corners, to announce that local citizens will not stand for public funding for coal.

In an unprecedented show of cooperation, 5 local groups in conjunction with two NGOs aim to make climate the number one election issue in Kooyong. With the government looking to fund up to ten coal projects and use accounting trickery to meet Australia's Paris commitments, the mood was fierce. The Kooyong Votes Climate campaign is determined to see a climate champion elected.